Miscellaneous bits and bobs from the tech world

Fixing the burner on my GE stove

I have an electric stove. It came with my house.

As an aside, since I moved into my house in 2015, every single major appliance in my kitchen has had some sort of defect. I suppose it says something about the quality of appliances nowadays.

One day the front 10-inch burner stopped working. Too bad, it was my favourite one!

A house call from a repairman later, I was told that the most likely culprit was the infinite switch behind the panel. Unfortunately, this ends the repairman's role, as he soon stopped returning my calls. Apparently, this was too small a job for him.

Complicating matters is that appliance manufacturers seem to have hundreds (if not thousands, by now) of models, all with subtle variations and combinations of parts, features, aesthetics, etc. There are some good websites that help you find out which part goes with which stove, but sometimes they have contradictory information too.

So I suppose it was time to take matters into my own hands. Let's hope I don't set fire to my house.

I watched a YouTube video on how to open the panel of my stove. Of note is that while the panel itself is attached to the stove with regular phillips-head screws, the metal housing is only attached via soft plastic fasteners that get easily torn up by metal wrenches.

This is what I found after opening up the panel: 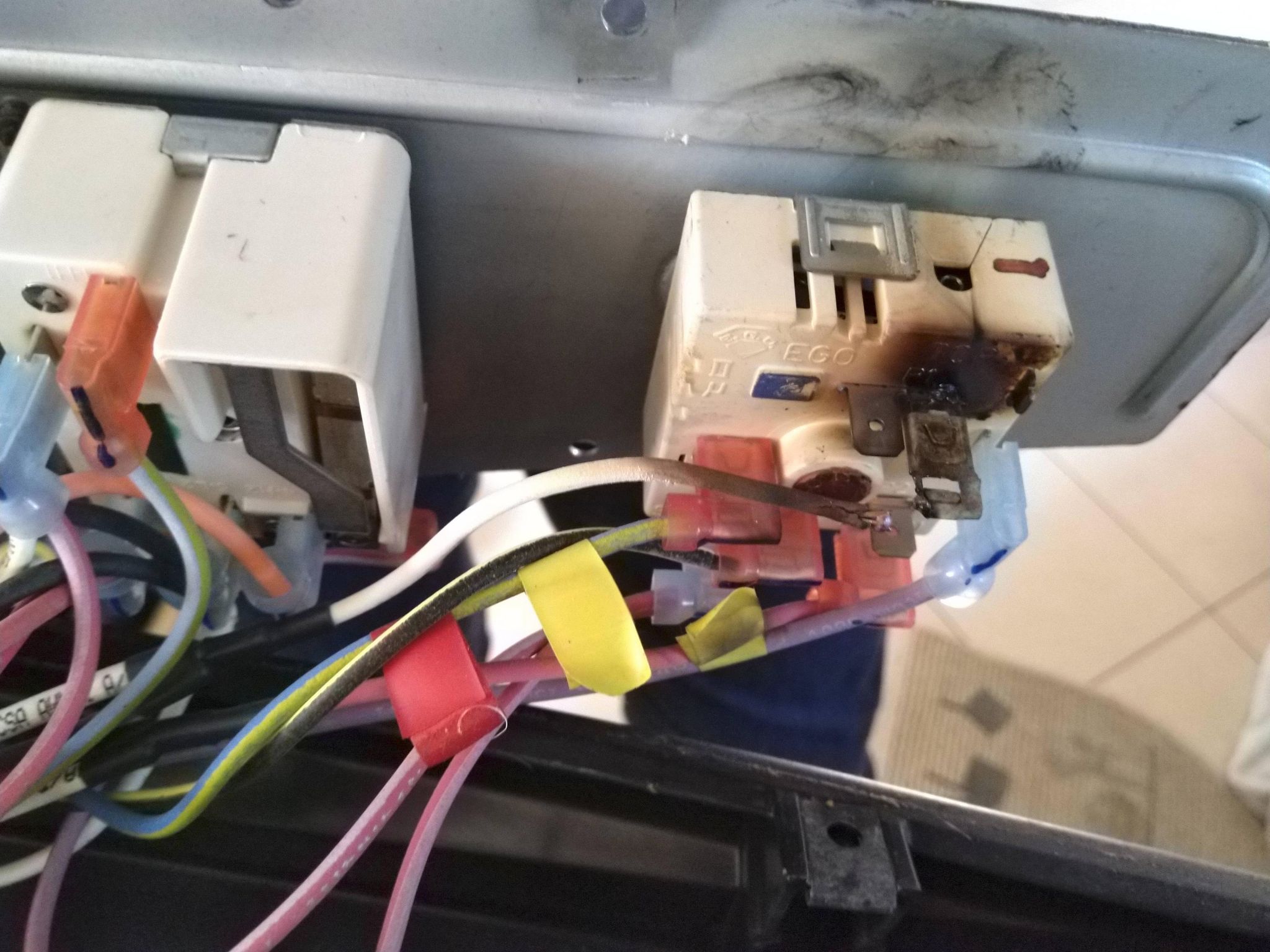 Bad news! It looks like not only did the switch fail, it shorted out and caused the wire connector to melt and disconnect completely.

The switch itself was busted (if that wasn't already apparent), so Frank at Oakville Appliance Center managed to source the replacement switch in a matter of days. I'd link to their website, but they don't seem to have one (!).

With the replacement switch in hand, what followed were several trips to local electronics stores in a fruitless attempt to find a high-temperature 12 gauge wire, potentially a new set of connectors, and heatshrink tubing. I was bounced from store to store until a passer-by suggested I buy a stove wire kit.

The rest was surprisingly straightforward.

Warning: If you're planning to do this yourself, please make sure you unplug the stove from the wall. I imagine enough voltage runs through those wires to cook your food, you don't want that coursing through your body!

The switch itself is secured to the metal frame using two phillips-head screws: 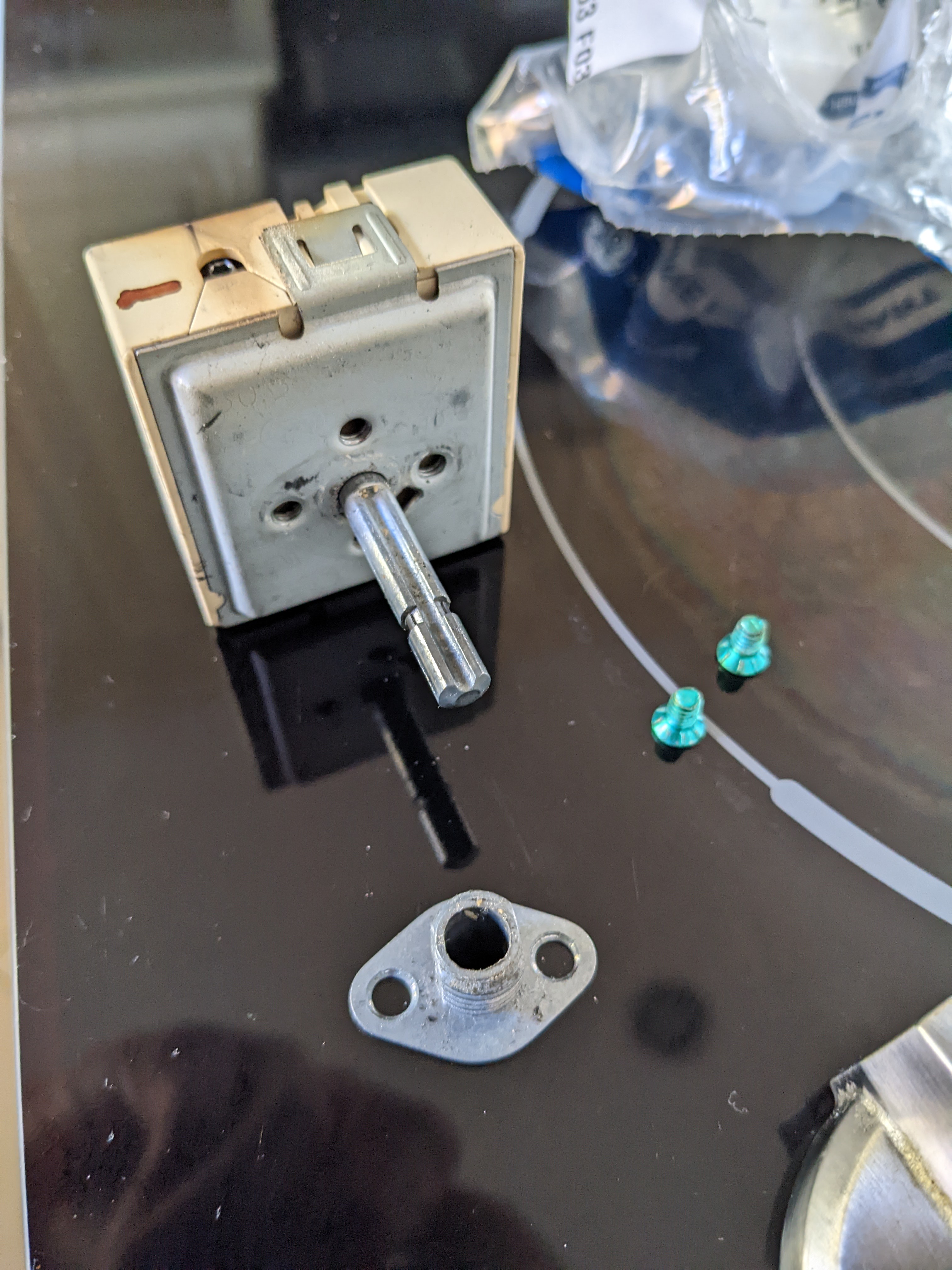 I cut back the burned section of wire, cut one of the connectors off the replacement wire, and stripped ¾-inch of wire sheathing from each end: 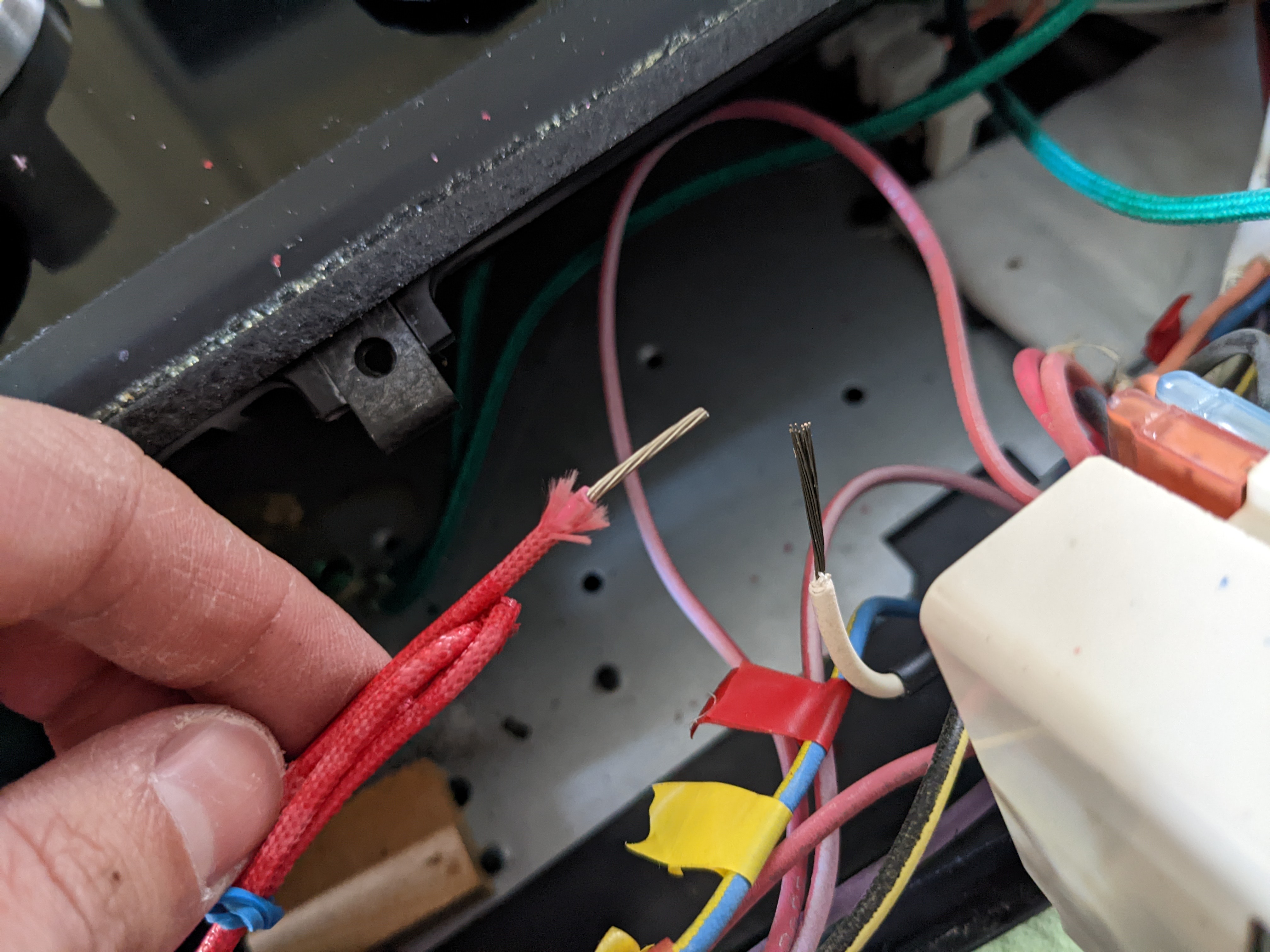 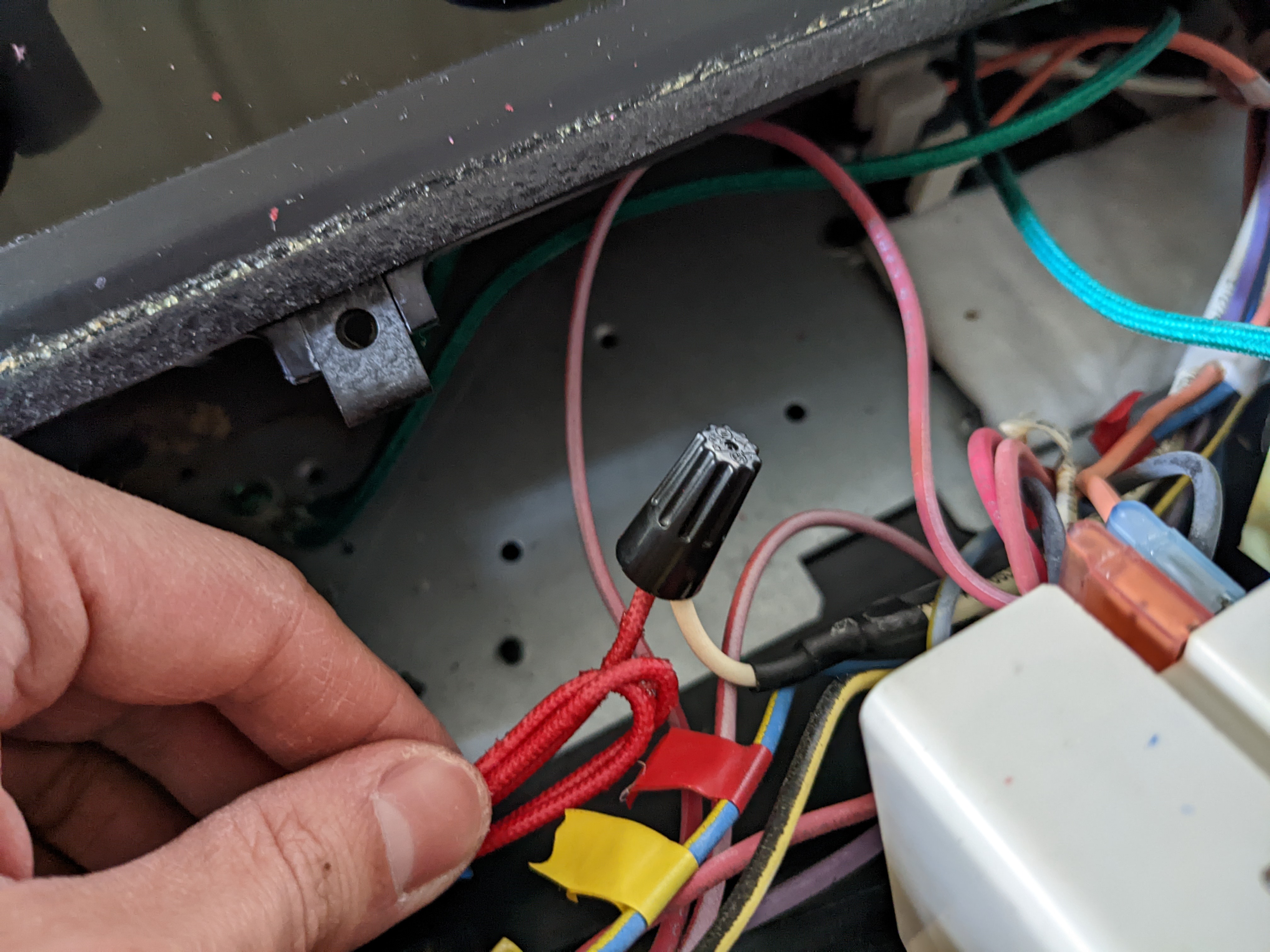 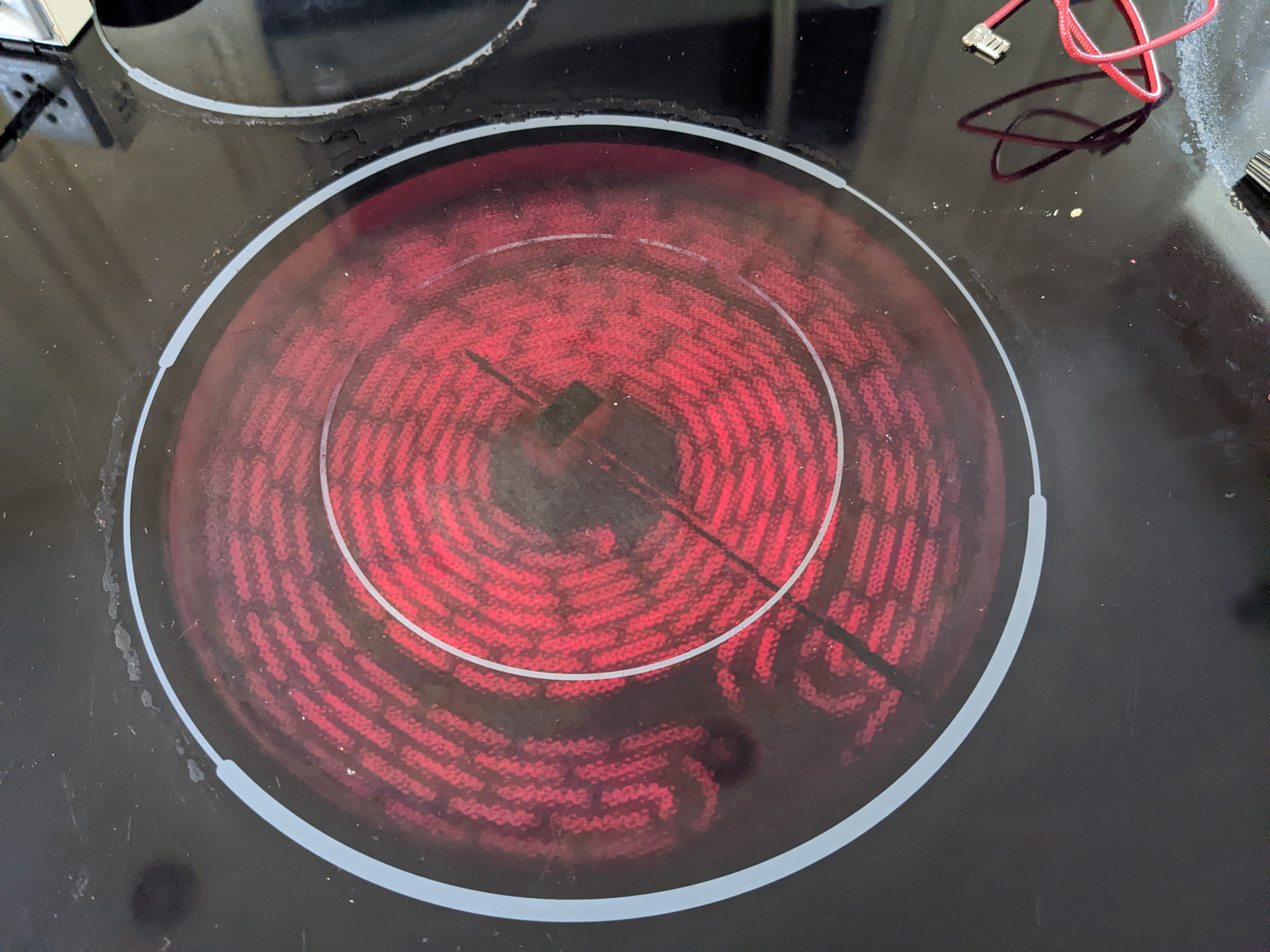