Miscellaneous bits and bobs from the tech world

Those that know me know that I don't exactly have a great relationship with neat cabling practices. My desktop PC builds are rather haphazard, with power cables, SATA cables, and the like snaking across and through the case with no regard for aesthetics. After all, plug A needs to go to socket A, why not take the most direct route? Brace yourselves... 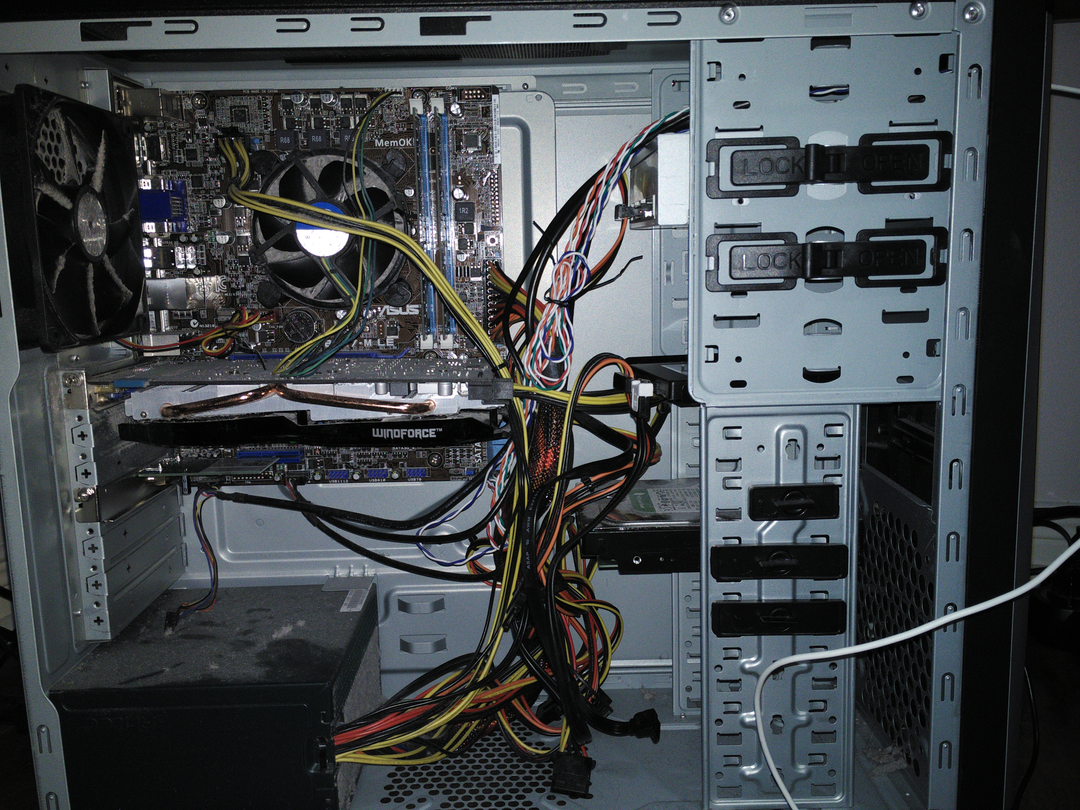 Accordingly, the same work ethic seemed to follow me into my home networking setup. Through a combination of organic growth (new devices added over time), and due to the added incentive of needing to get connected ASAP when we moved in, little to no thought was put to making everything look neat and tidy.

I'll spare you the imagery, but some lovely faults:

There were a number of minor issues that I wanted addressed over time:

I always wanted to live in a "smart" home, with ethernet ports built into every room. While that particular wish has not come to pass, I did engage a local home automation company — PHAND — to wire up a couple hardline ethernet drops in particular problem areas in my house, and lay the groundwork for a "networking closet". How cool!

If we were going to have this company come in and do all the hard work (running the actual ethernet drops to the various rooms), then it seemed like a good idea to tackle the remaining items on my home networking wishlist as well.

The first step was switching from DSL to Cable. While my original plan had PHAND take the phone cable and drill a new entry into the house, I ended up switching to Cable due to network instability and the plan needed changes. While the cable technician was on site, he discovered that there already was a coaxial cable entry into the house, that ran directly into the basement right above a drop ceiling. As it turns out, this cable was run to allow for a TV connection at the basement level.

The crew at PHAND were able to use this pre-existing coaxial cable entry to their advantage, as the basement drop ceiling spanned the entire basement level. They would take that existing entry point and wire the cable up to a networking closet located centrally within the house. From there, they would run cat6 cable to the three locations I had chosen: the family room television, a utility counter, and a basement common room. By the time they were finished (about 2-3 hours), I had some tidy blue/green cat6 cables, and a single coaxial cable, ready to hook up to my equipment.

Remember how I said I have a penchant for messy cabling? This is how it started. 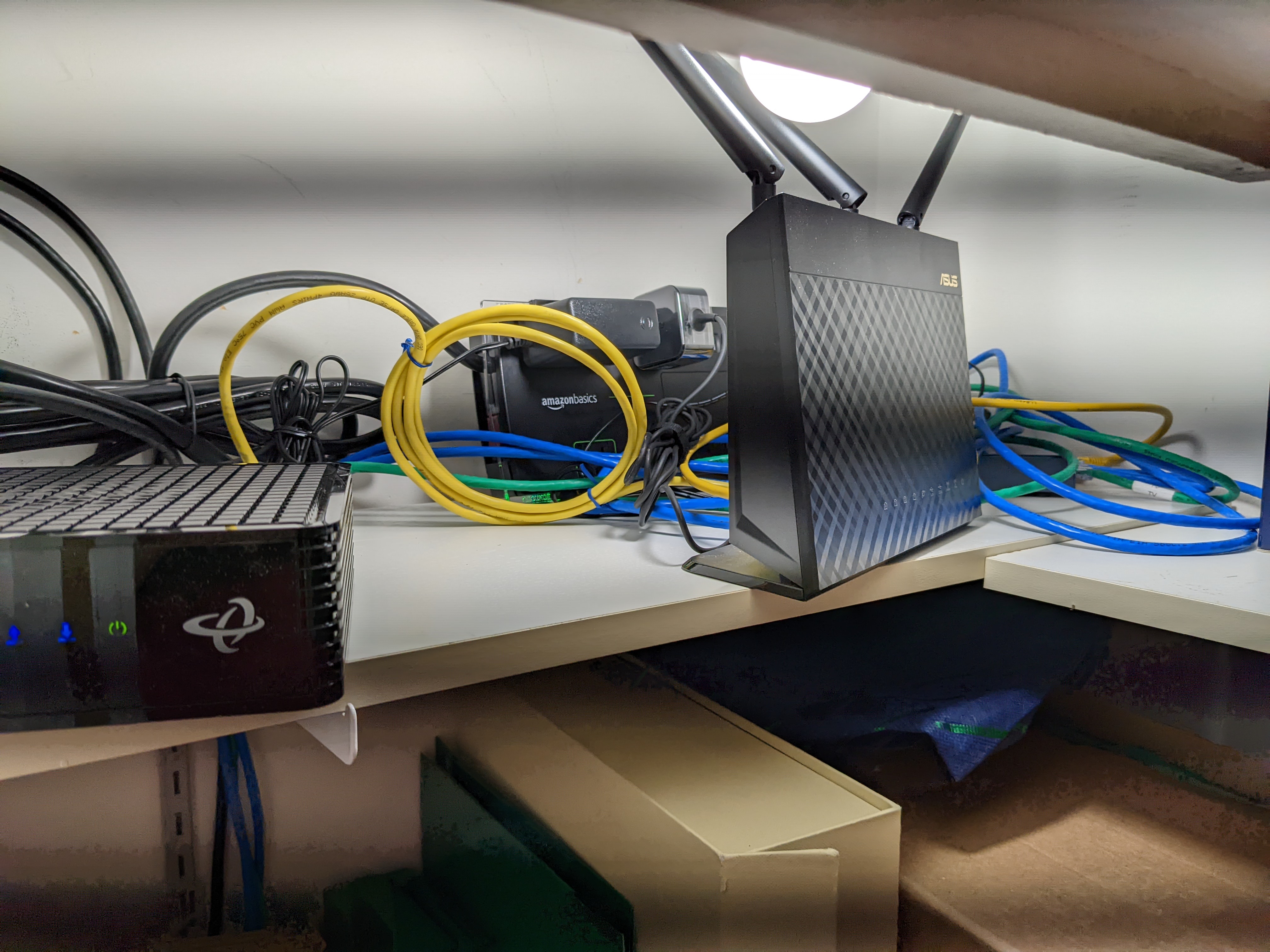 I'll admit this isn't really a networking closet... it is more of a shelf. However, I did want to keep this shelf clean.

The first thing I had to do here was get rid of the loose equipment. I replaced the temporary 5-port switch (which with uplink, is really only an additional 4 ports) with an 8-port gigabit switch, and mounted the rest onto the wall. The power bar I mounted underneath the shelf.

A lot of the extra cabling I removed by shortening cables to the absolute minimum required. Most of the cat5e cable I use just came with the devices, so they were often 3 feet in length, with the occasional longer run of cat5e for good measure. I bought myself an all-in-one crimping tool (it cuts, strips, and crimps ethernet connectors!) from AliExpress, and started crimping away. I'll admit, crimping your own connectors takes a bit of finesse and dexterity! I also ruined a couple good connectors (and probably pulled a couple of hairs out) because I was not paying attention to the colour of the wires :)

I am too embarrassed to say how long this session was. Suffice to say it was longer than you probably expected it to take. Regardless, after the first session: 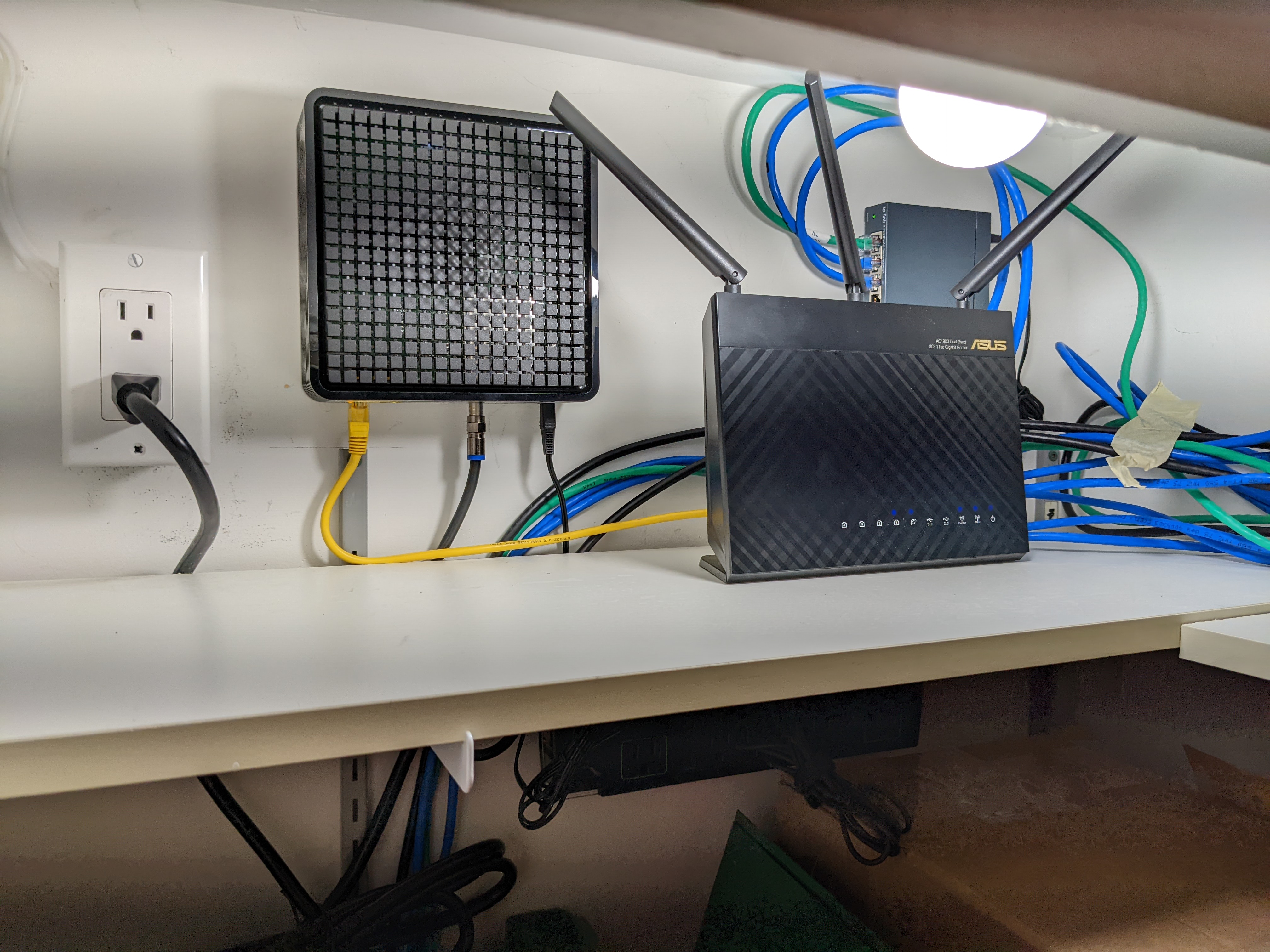 The second session mostly consisted of figuring out what to do with the extra cat6 cable that PHAND had run. I didn't want to liberally cut the cable to the appropriate length, not only because I wanted the additional flexibility, but also because replacing the cable would be quite a process, as it runs through the house (and not via conduit, mind you!)

A couple twist-ties (soon-to-be replaced with zip-ties) later, we have a cleaner shelf: 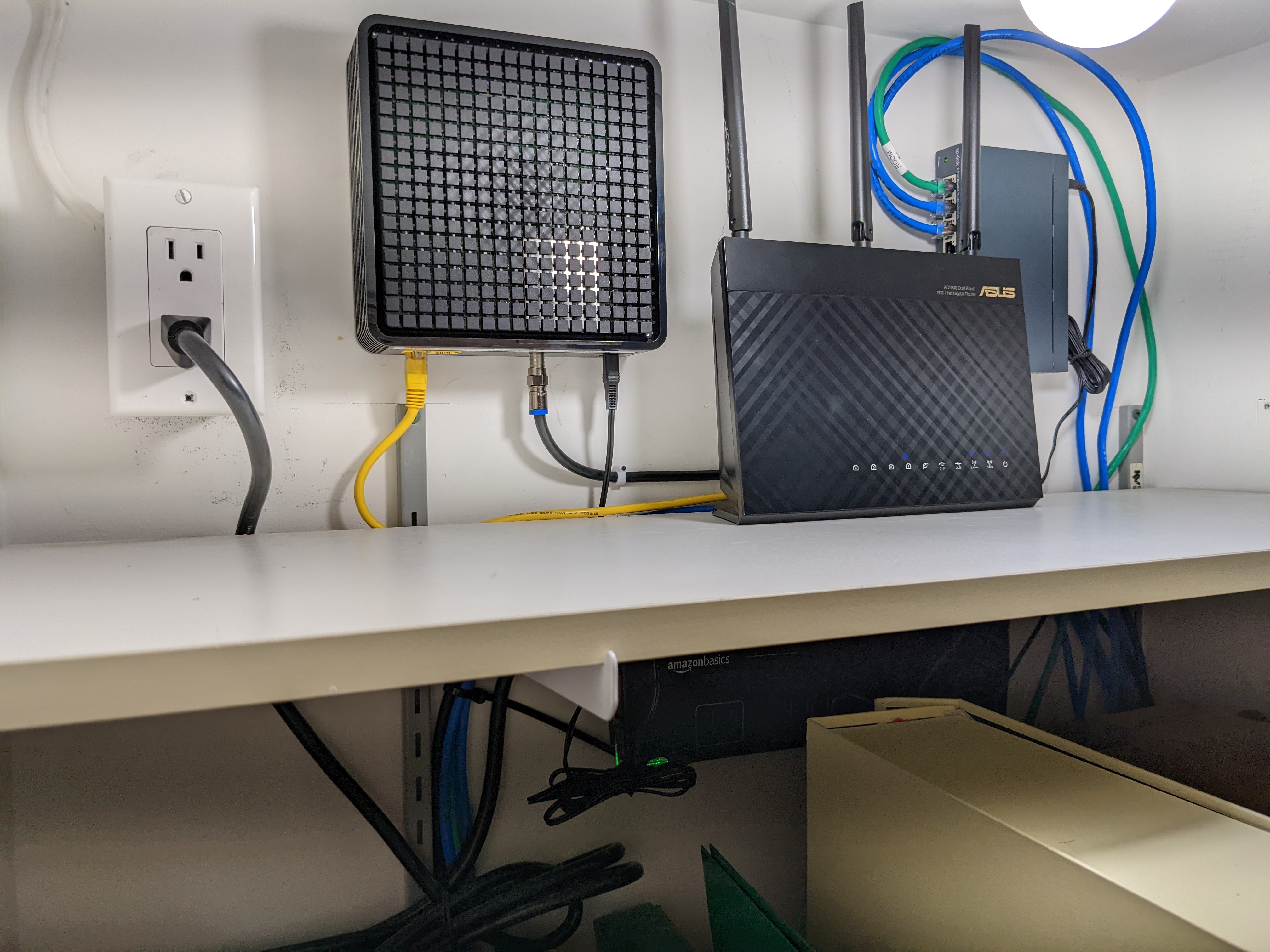 (N.B. Yes, I need some zip-ties to tighten up the cat6 cables at the back corner. They're coming soon.)

I can finally breathe a sigh of relief whenever I look at my networking shelf! I'm sure it doesn't mean much to others who practice good cable hygiene, but to me this is a nice first step in keeping my work tidy.